Volvo is coming to Slovakia as fifth carmaker 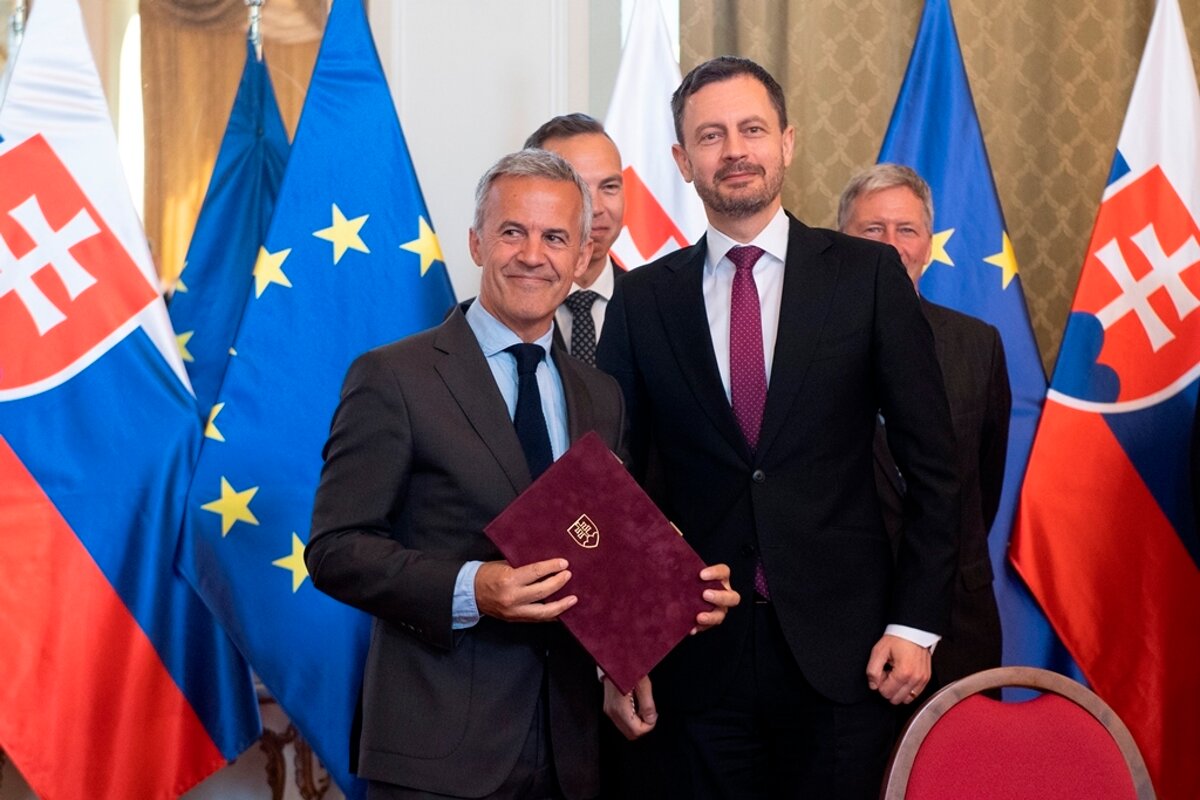 The Volvo Cars automotive group has announced that it will build its third production plant in Slovakia, near Košice. The investment will amount to €1.2 billion. The plant will specialise in the production of electric vehicles.

As Economy Minister Richard Sulík said: “Personally, I am very pleased that Slovakia has succeeded in the competition for this mega investment, which will provide development and many jobs in the eastern part of Slovakia, with lots of direct and indirect job opportunities.”

Volvo now has two factories in Europe – in Ghent in Belgium and Torsland in Sweden. The plant in Slovakia will be constructed in Valaliky industrial park near Košice. Its capacity will be 250,000 vehicles per year and will employ approximately 3,300 people. The plant’s construction is planned for 2023 with the installation of equipment and production lines in the course of 2024. Series production of next-generation, pure electric Volvo cars is scheduled to start in 2026.

Volvo Cars has the ambition of moving towards annual sales of 1.2 million cars by mid-decade, which it aims to meet with a global manufacturing footprint spanning Europe, the US and Asia.

Jim Rowan, chief executive at Volvo Cars said: “We have a clear focus on becoming a pure electric mobility brand by 2030, which is in line with our purpose. Expansion in Europe, our largest sales region, is crucial to our shift to electrification and continued growth. I am very pleased to expand our Volvo Cars production footprint into Slovakia and look forward to welcoming new colleagues and partners on the journey ahead.”

The new state-of-the-art plant will be climate neutral and build only electric cars, underpinning the company’s ambition to become fully electric by 2030 and climate neutral by 2040, and to continue expanding its global production capacity to match its growth ambitions.

By picking Slovakia as the location for its new plant, Volvo Cars creates a European triangle of manufacturing covering its largest sales region – complementing the Ghent plant (Belgium) in western Europe and the Torslanda plant (Sweden) in northern Europe.

The new facility represents an investment of around EUR 1.2 billion. It will be located close to Kosice, in the eastern part of Slovakia, where it will benefit from a well-established automotive supply chain as it becomes the fifth car plant in the country.

“I appreciate that Volvo Cars has decided to build its new plant in Slovakia. The new Volvo Cars plant is important for us since it will improve the social and economic situation in the region and produce only electric cars, which provides the Slovak automotive industry with a competitive perspective in the new ecological era,” said the Prime Minister of the Slovak republic, Mr. Eduard Heger.

In line with Volvo Cars’ ambition to have climate neutral manufacturing operations by 2025, the plant will use only climate neutral energy. It will also be designed to be a leader in sustainable and efficient premium electric car production with an optimised layout and logistics flow, while Volvo Cars aims for the highest global standards in energy and environmental efficiency.

As for the location, Kosice offers good logistical and transport links to the rest of Europe and access to a good supplier base. The incentives offered by the Slovak government has also been a key factor in the decision to locate the plant in Kosice.

The facility is designed to produce up to 250,000 cars per year and is expected to provide several thousand new jobs in the region. The site also allows for further expansion of the plant in future.

“We look forward to welcoming new members to the Volvo Cars Kosice team and the global Volvo Cars family, as well as establishing new collaborations and partnerships in the region,” said Javier Varela, chief operating officer at Volvo Cars. “It will be a modern workplace, in a state-of-the-art plant that centres on sustainability and safety.”

The establishment of the Kosice plant represents the first new European manufacturing site for Volvo Cars for almost 60 years. The Torslanda plant was opened in 1964, while the Ghent factory followed a year later. Together, these facilities can produce 600,000 cars per year.