The Russian invasion is pushing car prices up, the era of cheap cars is coming to an end 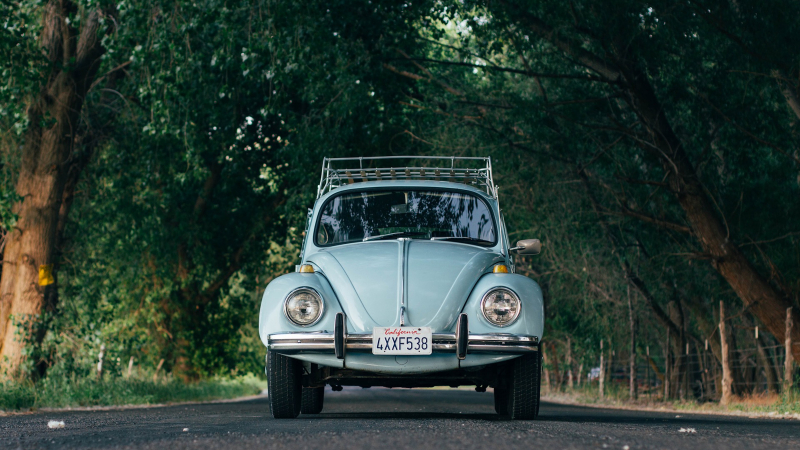 European carmakers have had to deal with a chip crisis and a pandemic for two years now. The Russian invasion of Ukraine and inflation have also recently been added to the list of problems. These factors and European legislation are raising the prices of both electric cars and cars with internal combustion engines.

The war in Ukraine has negatively affected many industries. The carmakers, which have been going from crisis to crisis for the second year, are no exception. Russia’s aggression has caused a price shock for several components in car production. Together with the lack of chips, the disruption of supply chains due to the pandemic and inflation, this factor will signify the higher price of cars.

Since the beginning of the invasion of Ukraine, the media have noticed an increase in the price of nickel, which is a key raw material for the production of batteries, which negatively affects the prices of electric cars. Several carmakers have already raised prices. For example, the Hongguang Mini, the best-selling electric car in China, has risen in price by almost 1,400 euros.

How much prices will rise depends on the length of the conflict in Ukraine. However, the prices of cars with internal combustion engines are also rising.

“Car prices are already rising in general and a growth trend can be expected in the future. The prices reflect all supply problems, increased prices of inputs – materials and energy, but also lower seriality, “said the Association of the Automotive Industry of Slovakia (ZAP) in response to the EURACTIV portal.

The situation has already affected sales. In March 2022, 20 percent fewer vehicles were sold in the Union year-on-year.

EURACTIV took a closer look at why car prices are rising and the future of car availability.

The long-term problem of automobiles is the lack of chips. At the beginning of the year, there were reports in the media that said that the situation was improving. At the end of February 2022, however, Russian President Vladimir Putin ordered an invasion of Ukraine, which exacerbated the shortage as neon supplies from Ukraine fell out of the supply chain. Neon is one of the crucial components in chip production.

Ján Pribula from ZAP also points out that the number of parts that contain electronics in the vehicle is constantly growing. Lack of chips consequently hampers car production, prolongs waiting times and increases prices.

Another part without which the car cannot be produced are cable harnesses. So far, they have been produced mainly in Ukraine.

“Assembling the cable harnesses is one of the first steps in the vehicle’s assembly line, and without them it doesn’t make sense to start fitting the components that make a car a car into the finished painted body. The search for replacement suppliers, if possible, also shifts the production of components outside Russia and Ukraine are on the agenda, ”said Pribula.

Europe is dependent on imports from third countries for both chips and wiring harnesses, which is currently proving to be a problem. “Europe today has a problem producing any product that is even a little more sophisticated without waiting for deliveries from third countries. It is a problem and this is just another proof, ”said Pavol Prepiak, Executive Director of ZAP, at the discussion of the EURACTIV Slovakia portal. “We should move suppliers to more stable countries,” he added.

Although, in the case of cable harnesses, the search for alternative suppliers began before the invasion. According to Bohuslav Čížek from the Czech Association of Industry and Transport, securing new supplies can take months.

What caused the more expensive nickel

The lack of chips and cable harnesses is a problem for both electric cars and burners. According to Patrik Križanský, director of the Slovak Electromobility Association, it is therefore not possible to speak of a “specific impact of the war on electromobility”.

This was also confirmed by Volkswagen for EURACTIV Slovakia. The plant in Trnava admitted that it must continuously adapt production to deliveries, but this applies to all vehicles. “The reason is still the worldwide shortage of semiconductors, combined with the failure of some parts, especially cable harnesses, in connection with what is happening in Ukraine,” said Volkswagen Slovakia spokeswoman Lucia Kovarič Makayová.

“What’s more about electric cars are the raw materials for the production of batteries,” Križanský admitted. Nickel was mainly imported from Russia. However, we cannot talk about addiction here. Nickel is a relatively available raw material. It’s more about the price shock that the drop in imports from Russia will cause, “he said.

According to the S&P Global Mobility analysis, Russia accounted for about 15 percent of world nickel production. Nickel is the primary raw material from which nickel sulphate is subsequently produced. This is needed for the production of lithium-ion batteries. Today, nickel is already on the sanctions list. Imports from Russia are therefore no longer considered.

The price of nickel rose before the Russian invasion. Investors expected higher demand for batteries. After the start of the invasion during the week, the price per tonne jumped from 18,500 euros per tonne to 28,000. At the beginning of March 2022, it fired at almost 45,000 for a short time. Today, a ton of nickel sells for 30,000 euros per tonne.

Therefore, some automakers, including Volkswagen, have begun looking for ways to protect themselves from other similar shocks. One option is to buy nickel directly from mining companies.

“Securing the supply of raw materials such as nickel, cobalt and lithium will be a major challenge in the coming years,” said Markus Duessman, CEO of Audi.

Expensive batteries have not yet stopped electric cars

The impact of the conflict in Ukraine on electromobility will be highest in the area of ​​batteries. “There is a risk that battery prices will not fall as fast as before,” said Križanský. Since 2010, battery prices per kilowatt hour have fallen almost tenfold. From more than 1 000 euros to about 150 euros. This decline has stopped so far. Battery prices have even gone up slightly compared to last year. “If Russia does not withdraw from Ukraine. This price shock may last longer, “he added.

As EURACTIV Slovakia informed last week, the slight increase in battery prices has not slowed down the sale of electric cars yet. However, the real impact of higher prices on sales will not be fully felt until this year.

It is almost certain that the share of electric cars in new vehicle sales will increase. In addition to the European Commission’s goals, national electric milestones also record the end of sales of vehicles with internal combustion engines. A recently published study by Globsec states that up to 74 percent of the Slovak export market has decided to stop selling incinerators by 2035.

This means that there will be many more electric cars. More batteries will be needed for this. “If we look at how many batteries we will have to produce in 2030, we currently have a global production capacity of only about ten percent. The capacity to produce the remaining 90 percent does not even exist yet, “Križanský emphasized.

According to Križanský, the missing capacity does not only concern battery cells, but also various other components for the production of electric cars.

Cars will be more inaccessible

Last year, the carmakers assumed that the average price of electric cars would equal the incinerator by the middle of this century. “It simply came to our notice then. If the conflict lasts a long time, there is a risk that it will not be so soon, “said Križanský.

Križanský adds that cars generally become more expensive. Due to the mentioned factors, but also the strict environmental limits of the European Commission, the carmakers are already shifting their attention to more luxurious models. This trend is not new. It appeared several years ago in response to tightening European legislation.

“A car that has so far cost ten thousand euros will cost 18, maybe 20 thousand,” Križanský estimated. At the same time, the carmakers will no longer produce in such numbers as before. In production, they already prefer electric cars.

“The car will become a more luxurious and less affordable product,” he added.

According to ZAP, the best short-term drug to increase the price of cars is the end of the war in Ukraine. However, Pribula states that, as in the case of a pandemic, a complete return to normal cannot be expected. “The world and Europe will perhaps learn lessons and address their raw materials and energy needs without being one-sided. However, it will cost something and it will naturally be reflected in the price of products, “he said.