Slovak carmakers may lose up to three quarters of export markets 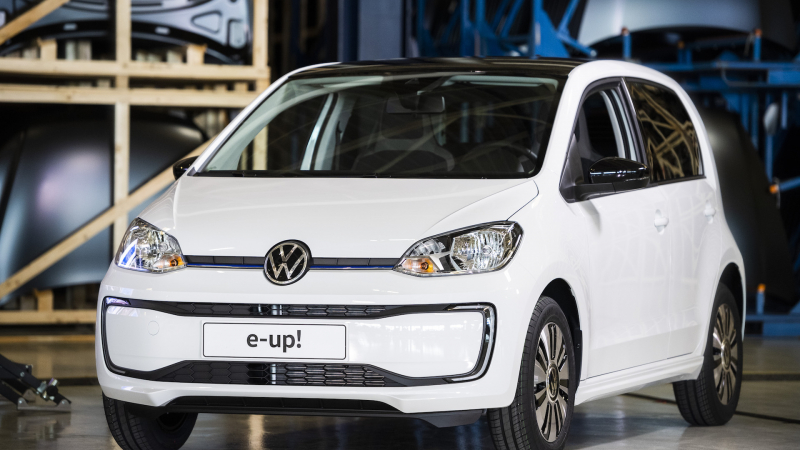 Slovakia is facing a transformation of the automotive sector. If it does not adjust, it risks a downturn in the economy and the loss of around 85,000 jobs. However, if it manages it, it can become a leader in the electromobility sector, according to a new study by Globsec.

“Failure to adapt to the new circumstances of the transition to electromobility could, in the worst case, lead to a decline in national GDP by 2040 and later to a level ten percent lower than in the best case scenario. Total employment could fall by 4.5 percent compared to 2020 levels, which in reality represents a loss of about 85,000 jobs.”

This is the main reference of a new study on the transformation of the automotive sector, prepared by Globsec in cooperation with the Slovak Electric Vehicle Association (SEVA).

The European automotive sector is undergoing the deepest changes since its inception as a result of decarbonisation and automation. They are reinforced by the European Commission’s goals and national milestones for the cessation of sales of cars with internal combustion engines. As many as 74 percent of the entire Slovak car export market have announced a sales ban from 2035.

“One of the biggest challenges for the automotive industry in Slovakia in the coming years will be the transformation of its economic anchorage to meet the global mobility requirements of the future,” said Globsec Deputy Chairman and former Economy Minister Vazil Hudak.

What is the problem?

Slovakia is not the only one within the Visegrad Four (V4) countries with a strong dependence on the automotive industry. However, the local automotive sector is the least diversified. In the remaining V4 countries, a large part of production is also focused on buses, engines and trucks. There is only one engine factory and four passenger car factories in Slovakia.

The good news is that Slovakia is already the third largest producer of electric cars in Europe after Germany and France. It produces approximately 75,000 electric cars a year. But that is not enough. The study points out that Slovakia is not investing enough in innovative projects in the field of batteries or electric cars. In 2019, public and private investment in science and research accounted for only 0.83 percent of GDP, of which only 0.01 percent went to energy and environmental research. Even on this scale, Slovakia lags behind not only the European Union average, but also other V4 countries.

In addition to the ongoing transformation, the automotive sector has also had to deal with a coronavirus pandemic since the beginning of 2020. According to the study, it presented the industry with “adaptation challenges associated with disruption of international supply chains with consequent trade and production pressures.”

At the end of February 2022, the Russian aggression in Ukraine added to the pandemic, as a result of which the shortage of semiconductor chips deepened.

“According to preliminary estimates, the military conflict in Ukraine is expected to reduce global vehicle production by 1.5 million this year, which is two percent less than the planned 84 million vehicles,” the study said.

Several European carmakers have already reported problems with the supply of cable harnesses, most of which come from Ukraine.

Electric car manufacturers can also have problems. SEVA Director Patrik Križanský reminded the EURACTIV Slovakia portal at the beginning of March 2022 that the price of all materials necessary for the production of electric cars is reaching record prices. However, it does not anticipate a long-term impact on the transition to electromobility.

The EURACTIV Slovakia portal provided more detailed information on the pan-European effects of the war on car manufacturers.

Flashlights will be the key

The study worked with two main scenarios. The first depicts an unmanageable transformation when Slovakia is unable to adapt to the realities of export markets and loses its share. The second assumes that production in Slovakia will shift from internal combustion engines to electric cars.

The difference factor between these scenarios is the provision of domestic battery production. Slovakia currently does not have the capacity to cover the entire demand for electric vehicles. “This could be changed by a foreign investment that would open a ‘gigat factory’ in Slovakia for the production of batteries. Otherwise, Slovakia will depend on the import of batteries from abroad,” the study writes.

Battery cells make up a significant part of the production of the entire electric car. In practice, this means that it does not matter where the battery cells are manufactured.

The domestic Inobat Auto is already operating in Slovakia today, which is interested in building a larger factory in eastern Slovakia and a smaller plant in Voderady, West Slovakia. However, according to the head of the Association of the Automotive Industry of the Slovak Republic Alexander Matušek, Slovakia is currently lagging behind other V4 countries in battery production. According to him, the furthest is the Poland, who will soon host the largest flashlight in the world on their territory.

“Although Slovakia is able to ensure the production of electric cars, there is no guarantee that it will attract the production of batteries, which the countries in the region of Central and Eastern Europe compete for,” the authors of the study state.

Slovakia has a problem attracting new investors. According to the study, this is due to low levels of innovation and low investment in science and research. Eurofunds may be used for this purpose. However, Slovakia has only exhausted half of the catching-up programming period 2014-2020. It can draw from it by the end of 2023.

In the next programming period, € 12.8 billion will be available in the form of non-repayable funds. Some of them can lead to innovation, digitization, mobility or transport. These are areas that are related to the transformation of the automotive sector. However, the study emphasizes the need to link investment and strategic planning.

Education is an important area. Transformation will also affect the labor market. Analysts say that some manually targeted jobs will disappear, new ones will emerge. However, they are likely to be highly skilled workers.

“The state should support science, research and innovation in the long term. Unfortunately, he doesn’t. We already need to go further, we not only need to educate our future graduates, but we also need to talk about structural changes in the labor market, ”said analyst Monika Martišková in an interview with EURACTIV Slovakia.

Other recommendations include an overall improvement of the business environment, state support for green projects, setting more favorable conditions for private support, integration of European funds with private capital and resources of the European Investment Bank or Slovak Investment Holding.

In conclusion, the study states that if the transformation of the sector succeeds, Slovakia can become a leader in the electric vehicle sector, which would be a huge plus for the Slovak economy.