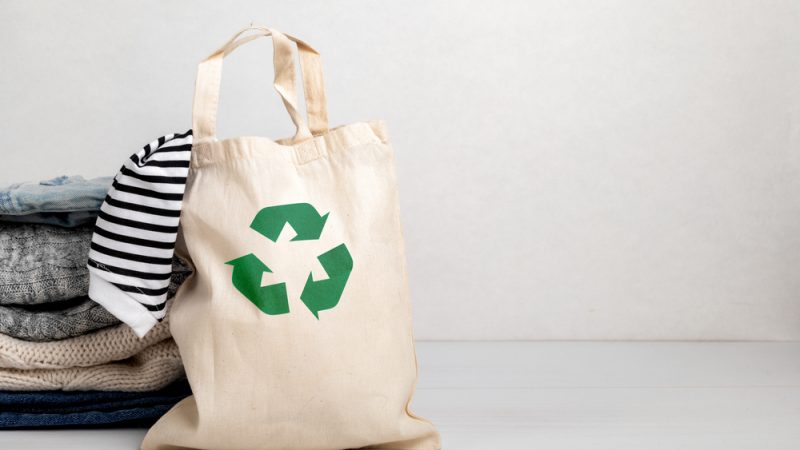 Legislative proposals on the circular economy are expected by the end of March 2022, according to a two-day joint conference organised by the French EU Council, the EU Commission and the Economic and Social Committee (EESC) on 1 and 2 March 2022.

“These two days will have enabled us to exchange views on various regulatory measures and practical actions aimed at establishing this model of sustainable production and consumption, following the example of France with the Anti-waste law for a circular economy and the Climate and Resilience law,” said French Energy Transition Minister Barbara Pompili.

While France has placed the circular economy among its priorities for the its EU Council presidency, it wishes to stimulate an acceleration of the issue at a European level by drawing on its experience. To this end, it supports a different consumption model, one that is far removed from the “produce-consume-discard” approach.

The impact of the circular economy will be on production and will reduce the pressure on raw material resources. “Over 90% of biodiversity loss and water stress comes from resource extraction and processing. And we know that half of all greenhouse gas emissions come from resource extraction and processing,” said Franz Timmermans, the European Commission vice-president in charge of the Green Deal.

Several proposals in the pipeline

At the two-day conference, EESC president Christa Schweng said that “only 8.6% of the economy is circular,” adding that “the Green Deal will only be successful if the policy is linked to practice.”

Implementation involves a reduction in the use of resources, recycling, eco-design and new service-based business models. “The products we use and the way we use them must be adapted to a future where reduction, reuse and repair are prioritised. New products must be sustainable, fully recyclable, chemically safe and made from recycled materials wherever possible,” said Timmermans.

To encourage stakeholders to move in this direction, the Commission will present several legislative proposals to be negotiated by the Council and the European Parliament, including a so-called Circular Economy package due on 30 March 2022.

This package will include a Sustainable Products Strategy Initiative, which aims to regulate products placed on the EU market and whether they are produced on European soil. It will also have a specific strategy for textile products and new regulations on the sustainability of construction products.

A revision of the Packaging and Packaging Waste Directive is also expected by the summer.

The European Parliament is “eager” to work on the legislation and wants “products designed to last, easy to repair, easy to recycle”, MEP Delara Burckhardt, who sits on the Environment Committee (ENVI), has said.

France, which currently holds the six-month EU Council presidency, will also push the Battery Regulation, on which the Parliament is due to adopt an opinion next week.

“We would like to see a compromise on the battery regulation adopted quickly,” said Pompili. “Similarly, we will start discussions in the Council on the sustainable products initiative as soon as it is adopted,” she added.

The minister also said that France wanted to progress the fight against imported deforestation and mirror clauses.

“We have in mind the fact that changing our products also means changing our way of trading, as today’s value chains are globalised. The priority of the FPEU [the French EU Council presidency] is, therefore, to reach an ambitious general orientation, in the Council, on the draft European regulation to fight against imported deforestation”, she stressed.

Going up a notch

On product circularity, the EU intends to increase its efforts.

“Initially, we are looking at high-impact products where the environmental challenges are greatest: textiles, furniture, electronics, steel and chemicals,” said Timmermans.

“We need an incentive framework, but there is no one-size-fits-all solution; we cannot assume that the sustainable products package will solve everything,” said Burckhardt, who also called for “a clear regulatory framework for the sectors” and “regulatory proposals that work well with each other”.

The idea is thus to create a general framework to move forward, product by product, “without over-regulating”, said the Director of the Commission’s DG ENVI, Kestutis Sadauskas.

Circular products and their value will also be promoted through labelling and a “product passport”.

This “product passport” will contain all the information concerning the product, for example, how it was made, how to repair it and how to recycle it. The General Commissioner for Sustainable Development at the French ecological transition ministry, Thomas Lesueur, also mentioned the “use of blockchain” to enable the information attached to the product to be “reliable and authentic”.

“A detailed knowledge of the product’s history will make it possible to fuel the circular economy,” he added.

The EU’s ambition is to, over time, create a genuine market for circular products.

“If we can ensure a fully functioning European market for recycled materials of the highest quality, we can make ‘Recycled in the EU’ a global reference and create jobs while reducing our dependence on primary raw materials,” Timmermans said.

His last point is made all the more salient by the soaring prices of raw materials following Russia’s war in Ukraine.

However, “if we want to succeed, all parts of society, from businesses to consumers, local authorities and the research community, must be involved,” Timmermans also warned.